Skype the popular text, voice and video communicator has being targeted several time on several platform since October 2016.
If you were on Windows and Android it is now several weeks you are urged to update your version of Skype. Since an old backdoor was also found (by Trustwave's SpiderLabs analysts) on Mac OSX version it seem that everyone should update skype, period.

Skype, acquired by Microsoft for $8.5 billions in 2011 was born in 2003 (only) but became rapidly a very commonly used application with 300 millions of users, around 20% of adult Internet users are Skype aficionados! With such penetration, simple breach or hack have a huge impact on the entire community. Not infected system are getting spammed and must defend themselves or be defended while all this have a cost and decrease Internet performances. The virus infection come with a slow wave propagation. While this may fool some of us (we are not affected at the same time) this give a good advantage for those who are away from the source and by the time the virus or hack affect the system that they are connected to or may received information from they should have updated or upgraded their own application.

So how could you know when you have to update ?

While some of today’s app have their own internal push update/upgrade they may be not "authorized" to proceed. Annoying and too often displayed alert make us the user angry and it happens that you ask to stop to be disturbed by an alert every two days. Some other just wait for you to check if a new update is available and other doesn’t even offer a mechanism to check if there is a new update at the developper repository. You have to read or stay informed (newsletter are still relevant) from times to times.

What about common sense ? Yes, the most important message of this article. 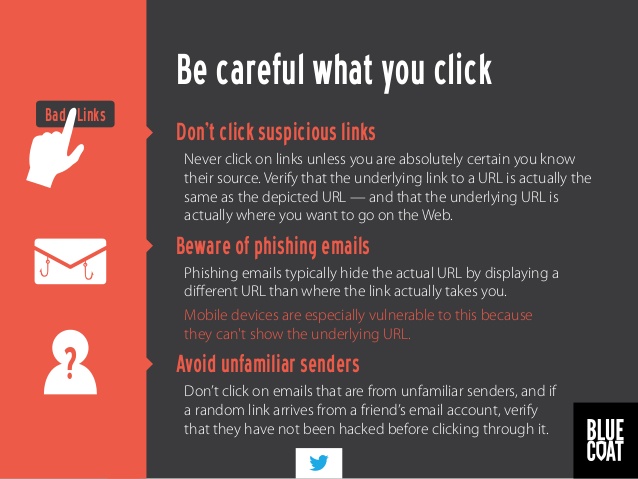 
People, when you are not expecting someone to send you a link or a file, just don’t click or open it. Just don’t !
Don’t be paranoid, just go the safe way. And if the text or the message is tricky just ask the sender "what is this" ?
If it is a virus or a hack you just alerted someone.
If it is legit you will know it is for you and what it is.